Friday night saw the RM of Alonsa, west of Portage la Prairie, ravaged by a tornado.

The storm claimed the life of one man, and caused extensive damage across the municipality.

Retired scientists Natalie and Richard Gordon's home felt the effects of the twister.

Richard and Natalie Gordon in their storm shelter"The storm formed up from nothing in about 30 minutes," she says, "The sky just went black, just a little bit to the south and west of Alonsa. It started dropping hail, which was about 2 cm, which is a very bad sign, and then actually I could see an area of where the sky had dropped, forming like a funnel, and I could see that the whole column was rotating. So we just closed all the windows up, and went down into our basement where we built a tornado shelter, and we waited there. And it was roaring, continuous thunder, and we could hear the wind, and we could hear lots of noise, and then it was over. So we came up to look for damage, and there was nothing near us, but we looked that way (south), and I saw two gigantic columns that were rotating, and we watched it go off toward that area."

Gordon says their first instinct was to try to help, but they waited.

"Tornado tourists are bad news, so we didn't want to go right away," she says, "So we made sure things were okay here. We were going to run and check on some friends of ours, but another one of our neighbours had already done it. A whole bunch of people came to town, and were exchanging information, and we heard that Margaret Bruce Beach got hit pretty bad, so we did, just before dark, drive down, because by this point, we had heard that it had gone through our quarter section. And we could see an abandoned house that was totally demolished, the trees were down, some of the trees were torn right up, and we could see the path across our quarter section where the tornado had come through. If you look at the damage, it looks like there were two funnels, and apparently the funnels merged just before they got to the beach."

Gordon says they brought food for people working at the beach, and describes the scene.

"The Alonsa Fire Department was doing traffic control for the Hydro guys," she says, "There were so many things down. There were six poles down by Graham's place, and we dropped sandwiches off there. Then we went down to Margaret Bruce Beach, and it's just a wreck there. There are pick-up trucks thrown in the lake, campers that have been turned right upside down, there are cabins that have just been levelled, there's one house where half the house is gone. I'm not an expert on these things, but that was an F-2, F-3 would be my guess. It'll be very interesting to see what Environment Canada has to say. And that was it, we were lucky, it missed the town, but it was close."

Here are pictures from the area. 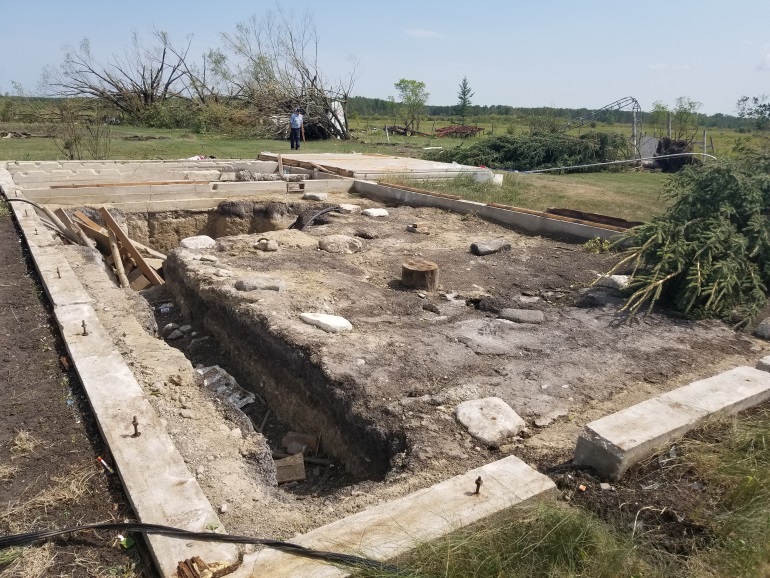 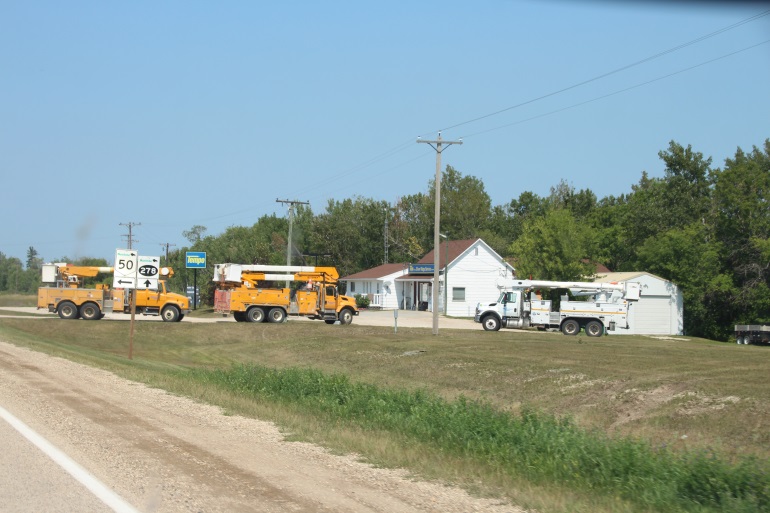 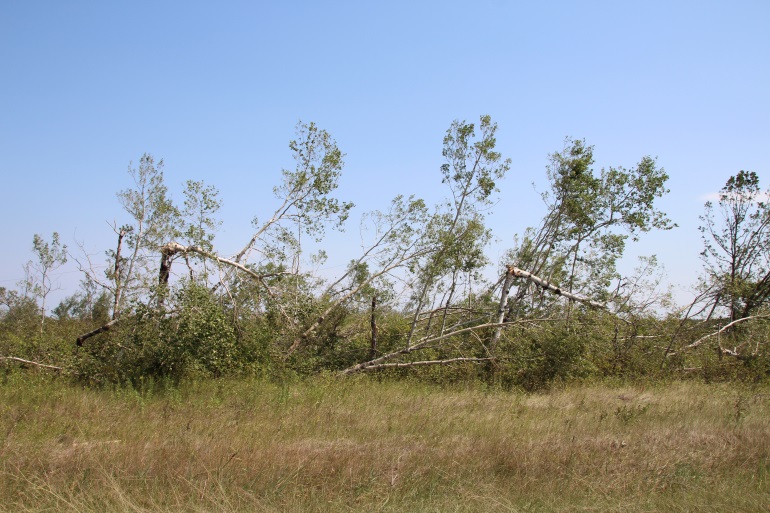 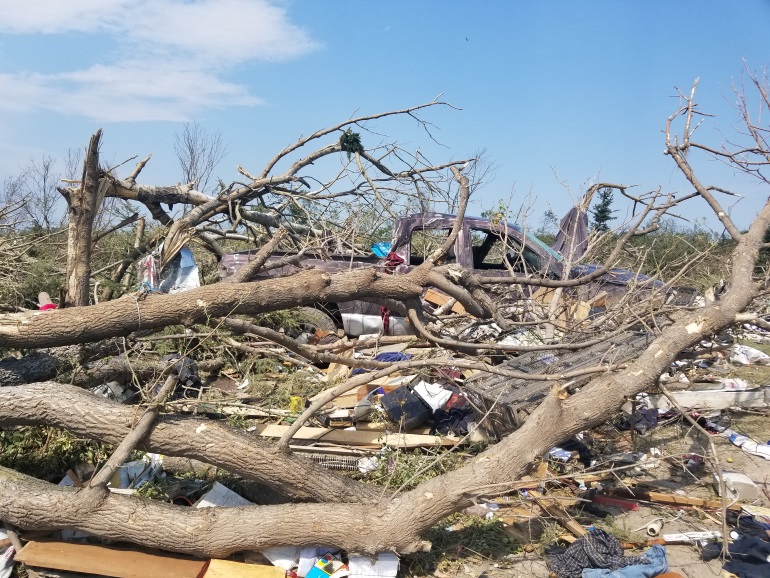 'Canines' clean up at Chamber awards

Portage looking to 'get lit' with the community

Terriers drop one in overtime