Plans for the new skateboard park at Simplot Central Park were displayed today (Thursday) as the Rotary Club of Portage la Prairie presented a cheque of $50,000 to the effort.

Several Rotarians were on site for the presentation, and president Jennifer Campbell Dornan says the vision for the park began with Steve Hildebrand and the concept was discussed at the BDO Centre.

"We didn't have a lot of ideas of what it was going to look like, but we knew that we believed in the initiative," says Campbell Dornan. "So, here we are about three years later and we are so excited to be making the official announcement that we are going to be coming on board as a sponsor and kickstarting this fundraising committee with $50,000. With that is also the naming rights. So, this is going to be the Rotary Skateboard Park."

She notes she's personally excited  I'm just very excited and along with the Parks committee and the other people that have been involved with this initiative, it's a very exciting time.

"I'm just so proud of everybody that's gotten us this far and I look forward to the journey ahead and seeing this project come to fruition," adds Campbell Dornan.

Portage la Prairie Parks Committee Chair Melissa Draycott says they're excited to see Rotary come on board with the project.

"The skate park project was actually an initiative started by a different organization that partnered with the Parks Committee and came on board and joined our group," notes Draycott. "This is just a lot of collaboration going on in the community to make sure that kids and families and community spaces can be developed in the area. We're so excited to have this part of the next part of our recreation hub at Simplot Central Park begin its official kickoff of our fundraising event."

She notes although she referred to a beginning, the committee does have funds already and has gone through and arranged to have a skate park design put in place.

"Those funds have already come out of our fundraising that we've done so far and we do have money sitting in the bank to bounce off with this $50,000 donation today," continues Draycott. "We are still fundraising towards getting this in the ground. We would like to do that sooner than later."

Draycott explains they'll have a list of in-kind donations that they're hoping to access from different organizations and businesses in the community as well.

"We do look forward to having the community continue to support Simplot Central Park and the recreational hub that we have planned here and have been working on for many years," adds Draycott.

One of those initially involved in the skate park concept with Steve Hildebrand was Gord Zacharias who is currently the secretary of the Portage Parks Committee.

"We discovered that it would be better for us to join forces with the Parks Committee and help get this whole project off the ground," notes Zacharias. "We've been working with them for several years now as a joint committee, and we're really excited about the playground and the interactive fountain that have already been accomplished, and especially excited now that we're at the stage where it looks like we were getting closer to getting a skate park in the ground and available to all the kids and enthusiasts that are in the area."

He notes there's not exactly a set timeline, seeing as they're dependent on funding.

"That's always the catch, and we're working hard on that and if all goes well, maybe even next summer," adds Zacharias.

Nathan Peto is City Manager and says this is a tremendous contribution from the Rotary Club of Portage la Prairie to take us one step closer to another great recreational amenity.

"We have a smaller one at the BDO Centre, but when we compare that to what could be here, I think it'll be a pretty extraordinary experience and a great new asset for the City." 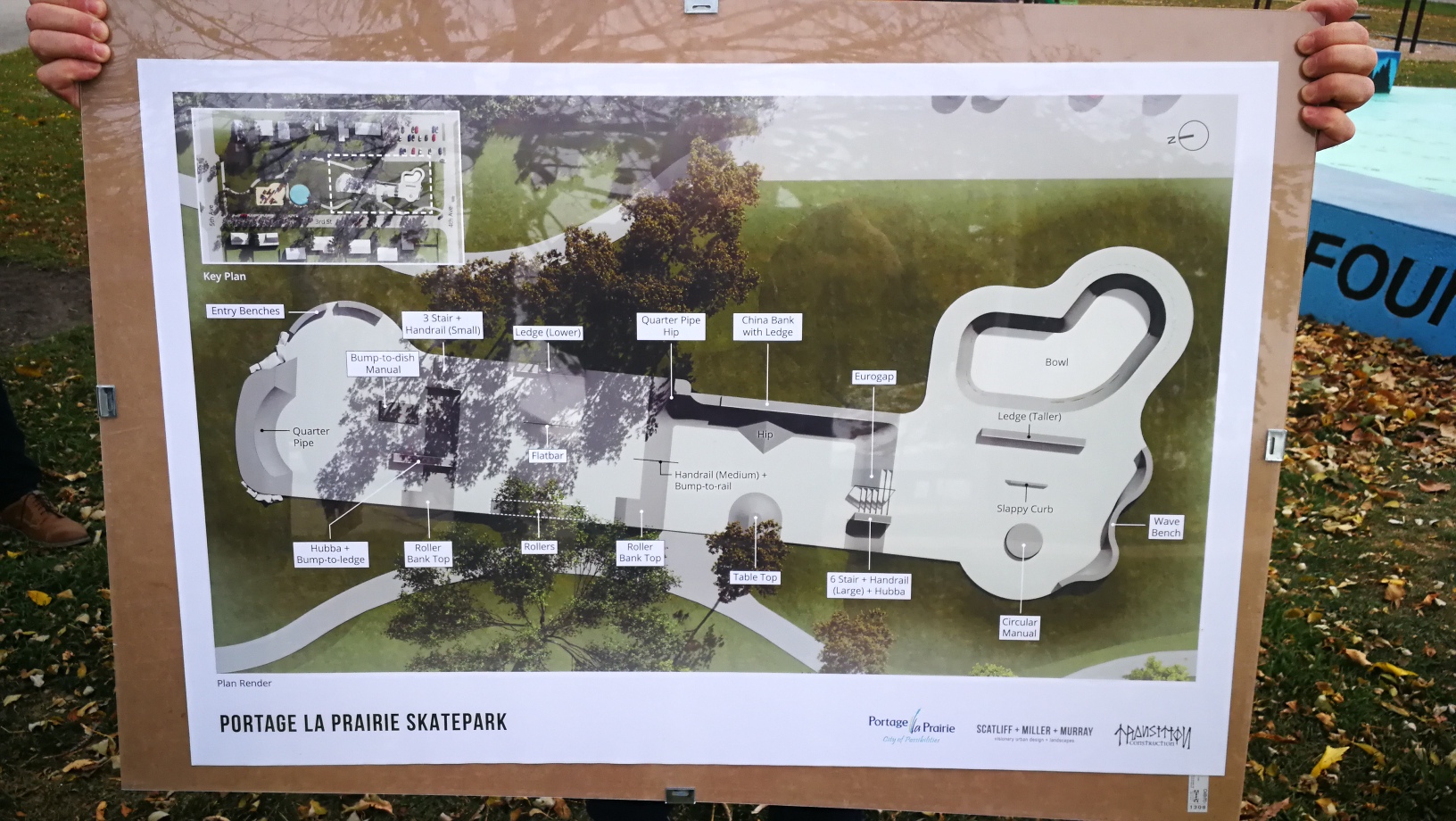 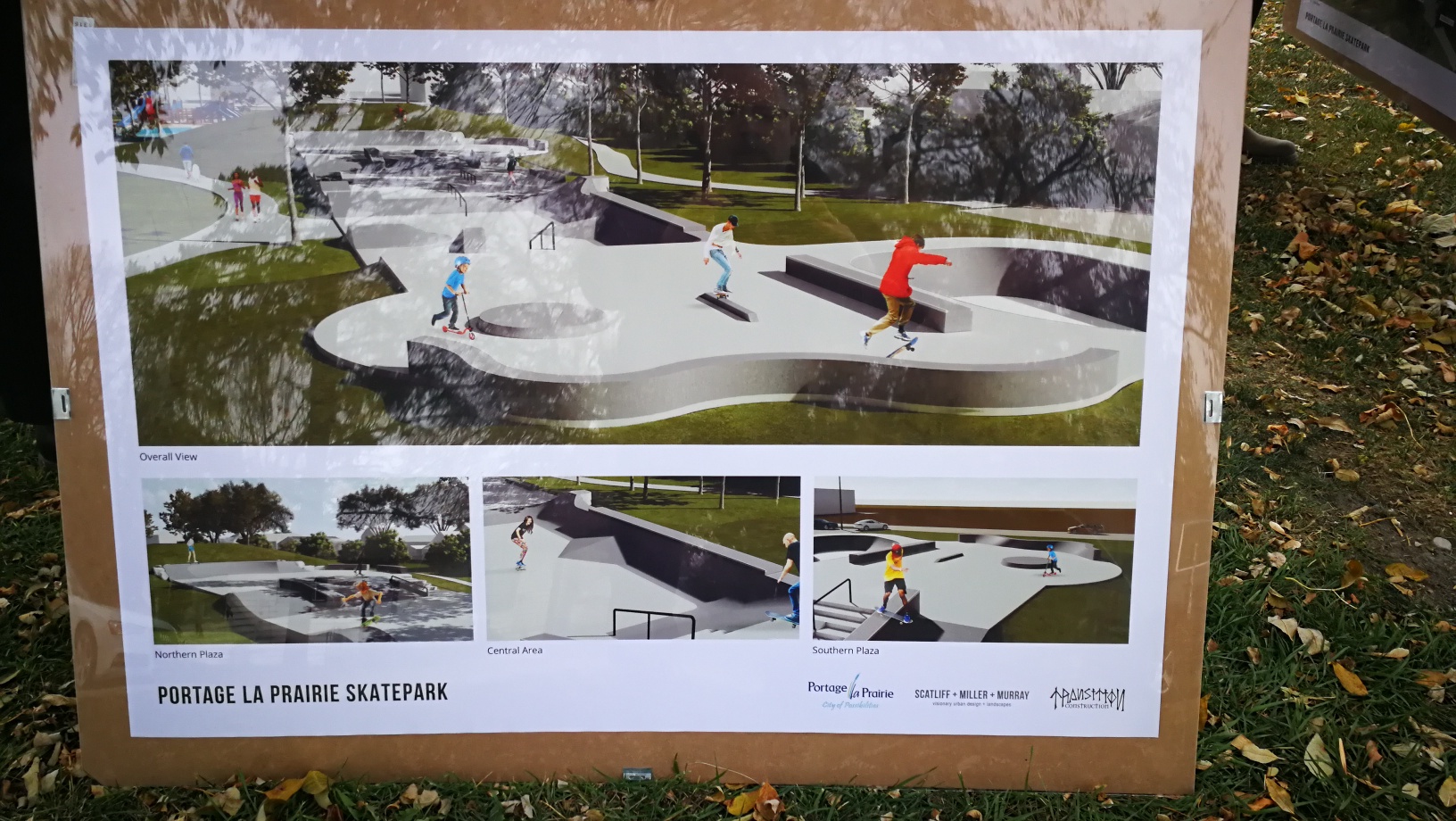 First snowfall of the season!

Ride For the Boys returns for first time since pre-pandemic